The very first time I ever booked a true “boutique” or a “designer hotel” was about 6 years back. The name of the hotel was The 3.14. Yes three point one four – at the French Riviera – Cannes. My client was a 28 year old Indian millionaire with a lot of style, class and pizazz. He paid approx. 800 Eu a night to stay in a prestige Suite that was located on the floor representing the universe of “creative and luminous” African continent. Each floor was “a universe” dedicated to one of the continents. The room was decorated in eclectic colours of forest neon greens interspersed with magentas and browns. I could not fathom why he would’nt take my advice and stay at the sea-front swanky The Martinez where all the film-stars stayed when they sashayed down the red carpet at the Cannes Film Festival.

Later that year, I visited both The Martinez as well as The 3.14. Whilst the Martinez ( nice hotel, they serve us Champagne every year at the ILTM official party, God Bless them!) was stylish, beautifully located right on the Croisette, you could say it was a grand hotel which falls into a cookie-cut style of its kind.  3.14 on the other hand, took your breath away when you entered it. The lobby had every colour possible, bright, shiny – in your face. An antique mirror-work wooden door very familiarly from Rajasthan jostled for space with antiques from Morocco and other exotic places. Like it or hate it, but you couldn’t ignore it.

For yet another client, I booked the Murano Urban Resort in Paris complete with stark white rooms that changed character with the colour of light – you could dim and alter the colours, fill up the Jacuzzi in the middle of your room that came replete with electronics of the space-ship kind. This client paid upward of 1200 Eu per night for a junior suite at this hotel.

I needed to stay in one of these to better understand “designer hotels” and my new market-segment that was demanding something I was not familiar with. Very soon, I had an opportunity. My first was “The Roomers” in Frankfurt where I stayed for 3 nights some years back. The major colour all over was black. Pure and jet-black! On the walls, on the floor and just about everywhere. The black corridors were lit from the floor side that throw eerie shadows on your faces as you tick-tocked your way to your black room at night. This black was offset by bright reds at places in the lobby that made you stop and fired your senses. Amenities included a full “naughty set” and in-room reading was suggestively “Playboy” ( or similar if I remember right). I had arrived into the world of “hip”, the new young world of “blatant chic”! 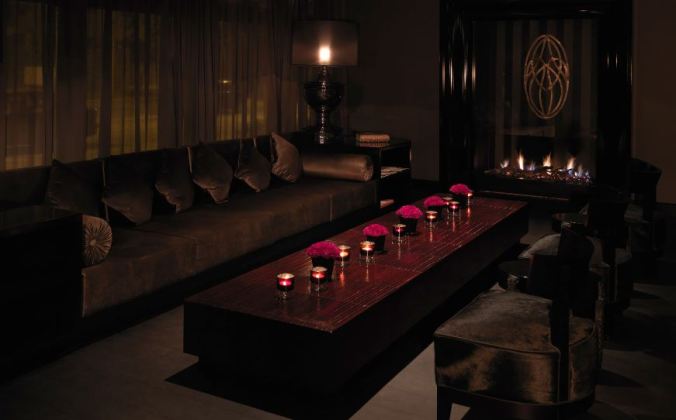 As the tourism industry slowly woke up from the aftermaths of the post 9/11 recession, it realised that something new and exciting had to be done to cater to the world of this uber-hip generation that was fast demanding something more exciting than the factory-like, predictable hotel rooms. Independent hotels were the first to take the lead as they were not tied to chain-syndrome of “sameness”. Bright, enterprising hoteliers started taking up old warehouses, boat-building yards, libraries, jailhouses and turning them into beautiful, creative works of art. (Ian Schragher of the Morgans Group is often credited to be the perpetrator of this change). Their friends from the same generation started filling them up as guests and clients. A new revolution had started. Some clever associations brought some of these stand-alone hotels together – one such being the Design Hotels (– one of the few hotel marketing associations that I feel has stayed true to its ethos and not compromised for the sake of adding numbers). These umbrella brands were soon becoming a force to reckon with.

The major chain-hotels watched the trend and they had to react! Soon. The Starwood group with familiar brands like Le Meridien and The Sheratons was able to take the lead first with the launch of the W brand. The W website describes its hotels as:

Escape to where iconic design and contemporary luxury set the stage for exclusive and extraordinary experiences at W Hotels® Worldwide.Retreat to surprising, sensory environments where amplified entertainment, vibrant lounges, modern guestrooms and innovative cocktails and cuisine create more than just a hotel experience, but a luxury lifestyle destination.

They now already have over 30 thriving and pulsating hotels.

Other chains took off soon as well. The Hyatt answered with The Andaz hotels and Edition by the Marriott group. Our very own home-bred Taj Hotels launched the Vivanta Hotels and re-branded some of their tired-hotels ( read Taj Garden Retreats)  into happening party places. The transformation is slow but steady ( for instance Taj Vivanta,MG Road Bangalore isn’t that Vivanta! Yet!).

The latest entrant into this trendy party is the so far staid French group – the Sofitel. They have launched their first fashionable hotel called “So” quietly in Mauritius and with a great pomp and show at Bangkok. The one in Singapore, ostentatiously is being designed by not one but five hip designers!

It will be interesting to see where this race will take us in the next 5 years. All of these brands compete with each other for being the most connected to fashion, music icons, concerts, contemporary art and all things current ( see their websites to see how they almost fuse into one another). After the neon colours have merged and the unusual has become the usual, will it all be a question of Mirror, Mirror on the wall, who is the quirkiest of them all?